Tottenham bounced back from a shock Europa League exit to Dinamo Zagreb with a 2-0 win at Aston Villa on Sunday to rekindle their hopes of a top-four Premier League finish.

One route back into the Champions League next season for Spurs disappeared on a miserable night in the Croatian capital in midweek as Mourinho’s men lost 3-0 after extra-time to surrender a 2-0 first leg lead.

The manner of defeat and the harsh words of Mourinho and captain Hugo Lloris afterwards sparked speculation over how long the former Chelsea, Real Madrid and Manchester United boss would be given to turn Tottenham’s fortunes around.

Mourinho made eight changes in an attempt to summon a response and got the result he needed, even if the performance still left much to be desired.

Carlos Vinicius was partnered alongside Harry Kane in a change to a 4-4-2 formation, with Gareth Bale and Dele Alli both dropped to the bench despite the absence of Son Heung-min through injury.

Villa were also missing their key player Jack Grealish due to injury and once again his invention was missed as Dean Smith’s men dominated possession before the break without creating many clear-cut chances.

In six games since Grealish picked up a leg injury, Villa have picked up just five points to end their chances of a surprise push for the top four.

Spurs had barely threatened until one long ball over the top opened up Villa on 29 minutes.

Emiliano Martinez rushed outside his box to clear, but the loose ball fell to Lucas Moura, who exchanged passes with Kane before crossing for Vinicius to tap home his first Premier League goal since joining on loan from Benfica in October.

Once they got their noses in front, the visitors were the better side in the second-half.

Kane flashed an effort just wide from the edge of the area before he lured Matty Cash into an unnecessary lunge inside the box as the ball was rolling harmlessly out for a goal kick 22 minutes from time.

Referee Mike Dean pointed to the spot for a soft penalty, but Kane did not care about the nature of the award as he sent Martinez the wrong way for his 27th goal of another outstanding individual season, even if it still proves not enough to end Spurs’ 13-year trophy drought.

Mourinho’s men have one more shot at ending that run when they attempt to halt Manchester City’s bid for a historic quadruple of trophies in the League Cup final next month.

And there is still life in Tottenham’s final nine league games of the campaign now as they climb up to sixth and close to within three points of fourth-placed Chelsea.

Villa drop down to 10th, still 10 points adrift of Chelsea. 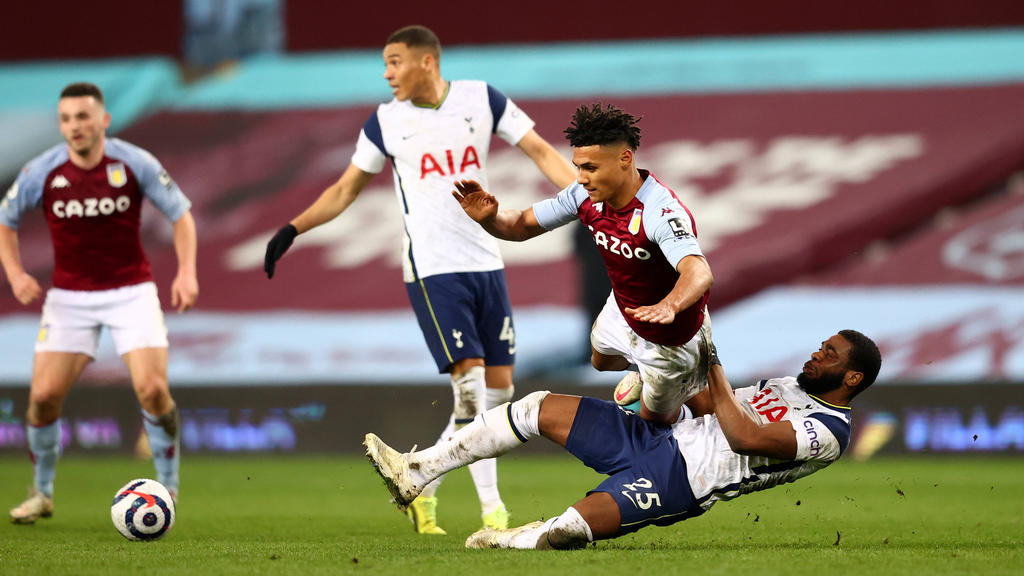