Son Heung-min smashed a hat-trick as Tottenham Hotspur beat Aston Villa 4-0 on Saturday to take a firm grip on fourth place in the Premier League after defeats for rivals Arsenal and Manchester United.

Son opened the scoring in the first half and Dejan Kulusevski doubled the lead early in the second half, with the South Korea international scoring twice more after the break.

Villa, however, had their chances in the first half, for all Son fired the visitors into an early lead, and the delighted forward paid tribute to Spurs goalkeeper Hugo Lloris.

“I’m so happy to get three points, it was a hard afternoon,” Son told the BBC. “Without Hugo we were probably 3-1 down in the first half, Hugo saved us today and it was a big performance from our captain when we needed him and he turned up saving every ball. He was unbelievable.”

Defeat left Villa in 12th place, with manager Steven Gerrard insisting: “The scoreline is harsh on us, but it’s the reality and we have to accept that.

“I have to accept it — I’m responsible. The story of the game certainly wasn’t a 4-0 game.”

A few weeks ago Tottenham looked long shots to qualify for next season’s Champions League but a run of six wins in seven Premier League matches has transformed their season.

Spurs were in front at Villa Park in just the third minute when Son lashed a first-time effort into the bottom corner after Harry Kane’s shot was blocked.

That proved to be the only goal of the first period, though Villa were a regular threat.

Lloris produced a stunning save to deny Jacob Ramsey, while he also kept out efforts from John McGinn, Danny Ings and Ollie Watkins.

But the visitors doubled their advantage five minutes after the restart.

Kane flicked on Lloris’s long ball and Kulusevski drilled a low shot into the far corner from a tight angle.

Spurs landed a killer blow midway through the second half as the Kane-Son partnership bore fruit again, with the England international unerringly finding his teammate as he bore down on goal.

In the early kick-off on Saturday, United lost 1-0 to Everton while Arsenal lost 2-1 to Brighton.

“We knew about the other results of Arsenal and Manchester United — when we did the warm-up the fans were celebrating,” said Son. “(But) we have to focus our performances and be calm, cool and we did that today.”

Manchester City and Liverpool look assured of places in next season’s Champions League while third-placed Chelsea are five points ahead of Spurs. 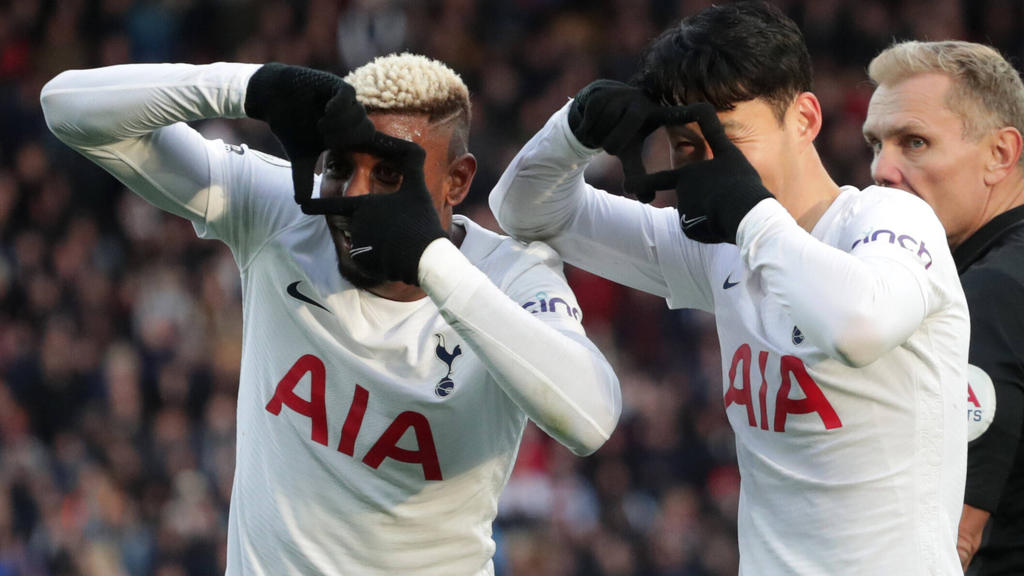 Slow start gives Liverpool and Klopp cause for concern