Arsenal stormed to the top of the Premier League as newly-appointed captain Martin Odegaard struck twice inside 11 minutes in a comprehensive 3-0 win at Bournemouth on Saturday.

William Saliba’s sweet strike in the second half gave the scoreline a fair reflection of the Gunners’ dominance as Mikel Arteta’s men continued their perfect start to the season after three games.

Three games into last season, Arsenal were without a single point and off to their worst start in 67 years.

Twelve months on, they are a team transformed with the arrivals of Gabriel Jesus and Oleksandr Zinchenko helping a side that finished fifth last season to reach a new level.

Jesus was again at the heart of the visitors’ best attacking play, even if the former Manchester City forward failed to add to his two goals in his first two appearances for the club.

The Brazilian showed his strength to outmuscle Marcos Senesi and play in Gabriel Martinelli in the move that led to the opening goal.

Mark Travers was equal to Martinelli’s low shot, but the rebound fell kindly for Odegaard to tap into an empty net.

The Norwegian was also in the right place to round off another flowing team move for the second as Bukayo Saka and Ben White combined down the right and Jesus’ touch teed up Odegaard to fire powerfully into the far corner.

Arsenal went on to dominate the rest of the first half as Bournemouth chased shadows in the sun on the English south coast.

The league leaders had to wait until the second period to make their control show on the scoreboard but did so in spectacular style thanks to Saliba’s first goal for the club.

The Frenchman spent the last three seasons on loan since Arsenal splashed out £27 million on him as an 18-year-old, but he is quickly making his mark at both ends of the field.

Saliba swept Granit Xhaka’s pass into the top corner from just outside the area to kill off any threat of a Bournemouth fightback.

Only the tightest of offside calls on a VAR review denied Jesus the goal his performance deserved after he slotted in from Odegaard’s wonderful pass.

Travers kept the score down in the closing stages with impressive saves from Jesus and Eddie Nketiah, but after a 4-0 defeat to defending champions City last weekend this was another lesson in the step up to the top flight for the Cherries. 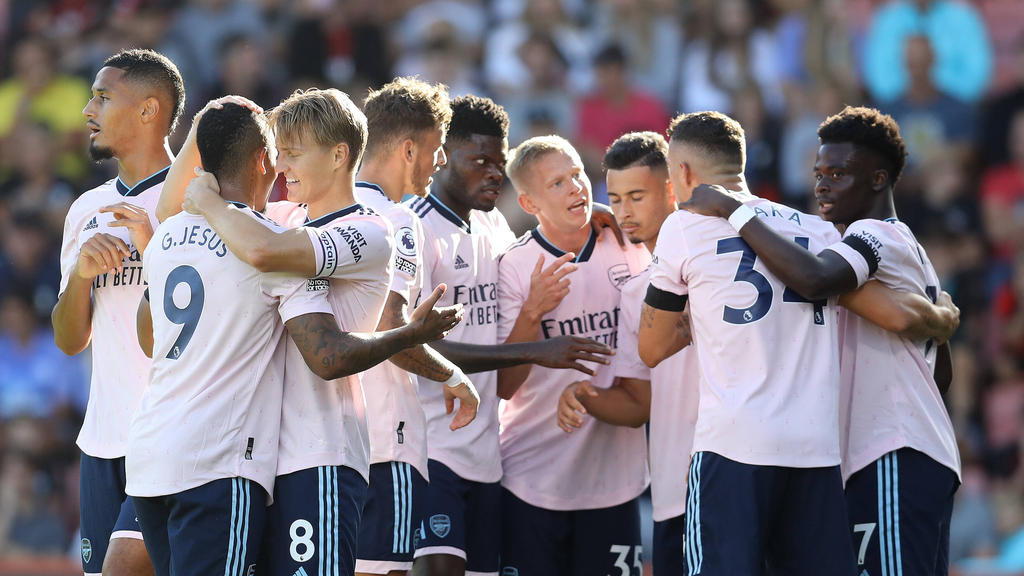