Manchester City staged a thrilling fightback as the Premier League champions rescued a 3-3 draw against Newcastle, while Edouard Mendy’s embarrassing blunder condemned Chelsea to a 3-0 defeat at Leeds on Sunday.

Pep Guardiola’s side were in danger of a first league defeat since February after falling 3-1 behind in the second half at St James’ Park.

But Erling Haaland sparked City’s revival with his third goal for the club before Bernardo Silva’s equaliser completed the escape act.

While Guardiola will be concerned with the way City were carved open by Newcastle, the spirited comeback underlined why they have won the title four times in the last five seasons.

“That was a proper game. Newcastle are becoming one of the toughest opponents for sure,” Guardiola said.

“To see the team fight to the end is enough. The Premier League is so difficult for everyone.

“It shows how amazing we’ve done for five years and how difficult it will be.”

Newcastle equalised in the 28th minute when Allan Saint-Maximin’s pin-point cross was bundled in by Miguel Almiron, with the goal awarded by VAR after an initial offside flag.

Having conceded for the first time in the league this season, City’s defence was breached again in the 39th minute.

Saint-Maximin was City’s tormentor again with a brilliant run and pass to Callum Wilson, who timed his run perfectly to slot past Ederson.

Kieran Trippier grabbed Newcastle’s third goal with a stunning free-kick that whistled into the top corner after 54 minutes.

But Haaland reduced the deficit with a close-range strike from Rodri’s flick on the hour.

City had a lifeline and Silva seized it four minutes later with a deft finish from Kevin De Bruyne’s pass.

Trippier escaped a red card when the right-back was sent off for chopping down De Bruyne, with VAR persuading referee Jarred Gillett to overturn the decision.

At Elland Road, Mendy’s costly 33rd-minute mistake was the catalyst for Chelsea’s shocking implosion as Brenden Aaronson netted after catching the goalkeeper taking too long in possession.

Jack Harrison’s 69th-minute goal completed Leeds’ first win over Chelsea since 2002 and their biggest against their old rivals since 1995.

Adding to Chelsea’s misery, their Senegal defender Kalidou Koulibaly was sent off for a second booking after tripping Joe Gelhardt in the 84th minute.

Chelsea find themselves in the unusual position of sitting below their less glamorous west London neighbours Fulham and Brentford in the table.

Thomas Tuchel’s side have taken four points from their first three games and the German was alarmed at the way his expensively rebuilt team faded after Mendy’s howler.

“Everything that can go wrong, did go wrong. We lost the game in the first 20 minutes, where we were clearly better and had huge chances,” Tuchel said.

“What do you expect if you present two goals to an opponent in the Premier League? We give goals away from huge individual errors too often.”

At the London Stadium, Brighton added to West Ham’s woes with an impressive 2-0 victory.

Kehrer claimed the foul had taken place outside the penalty area, but a VAR check decided it was just inside and Mac Allister calmly converted the spot-kick.

Leandro Trossard raced through to bag Brighton’s second goal with a composed finish past Lukasz Fabianski in the 66th minute.

Brighton are in fourth place with seven points from their first three games, while West Ham slumped below Manchester United to the bottom of the table. 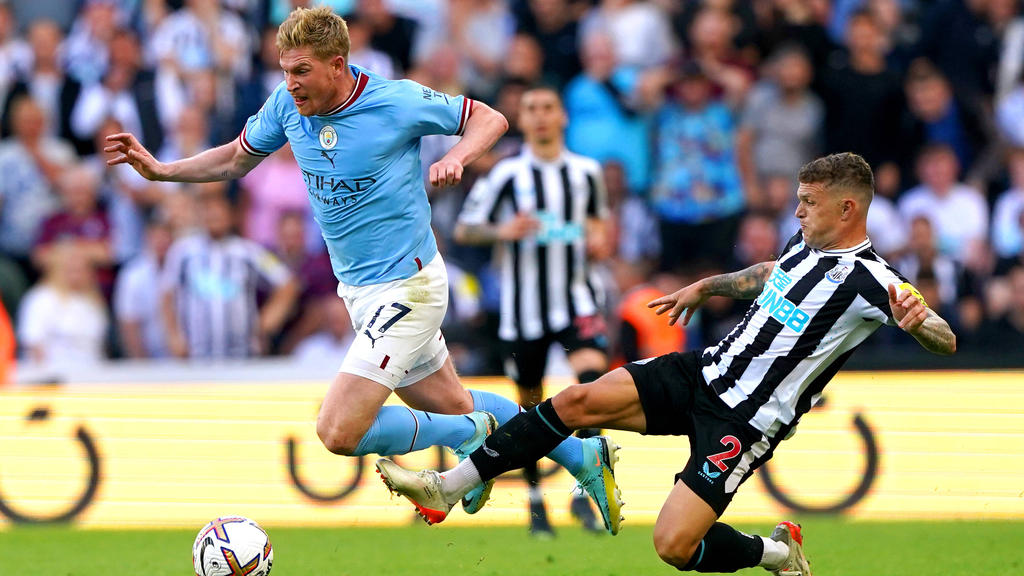