London – Erik ten Hag insists Cristiano Ronaldo still has a future at Manchester United after the Portugal star suffered the embarrassment of being dropped for his side’s rousing 2-1 win against Liverpool.

United looked far more dynamic without Ronaldo as they stunned Liverpool to end a dismal run of two successive defeats at the start of the Premier League season.

With the ageing Ronaldo reduced to a substitute appearance in the closing minutes at Old Trafford on Monday, United were finally able to successfully deploy Ten Hag’s aggressive game plan.

Marcus Rashford, Jadon Sancho and Anthony Elanga formed an attacking triumvirate that gave United the pace and energy they lacked in the 2-1 defeat against Brighton and the subsequent 4-0 humiliation at Brentford.

Vindicating Ten Hag’s decision to axe Ronaldo and igniting fresh debate about his future, it was Sancho who scored United’s opener and Rashford who doubled their lead.

After missing United’s pre-season tour due to “family reasons” amid reports he had told the club he wanted to leave, Ronaldo was already unsettled heading into the new season.

United’s failure to qualify for this season’s Champions League convinced Ronaldo he should quit a club without a major trophy since 2017, giving Ten Hag a major headache just weeks after his arrival from Ajax.

But, with United insisting Ronaldo is not for sale, the former Real Madrid and Juventus striker has found himself in limbo.

The 37-year-old, who finished as United’s top scorer last term, hardly appeared committed to the Ten Hag regime when he walked out of Old Trafford before full-time after being substituted during a pre-season friendly against Rayo Vallecano.

A limp substitute appearance in the second half of the Brighton defeat was further evidence of a potential rift between the five-time Ballon d’Or winner and his manager.

Ronaldo played the entire 90 minutes of United’s loss against Brentford, but he offered little attacking threat in one of the club’s worst results in recent memory.

That left Ten Hag with a major decision to make as he pondered his team for the crucial clash with Liverpool.

Dropping Ronaldo and then watching United lose to their arch rivals would have put huge pressure on Ten Hag.

But the Dutch coach refused to be cowed by the situation as he left out by Ronaldo and England defender Harry Maguire, a bold move that paid dividends as United climbed out of the relegation zone with their first win this season.

Now United have won impressively without Ronaldo — surely consigning him to the bench for the immediate future — there could be fresh impetus from the striker and his agent Jorge Mendes to force through a transfer.

It is hard to imagine Ronaldo being able to adapt to Ten Hag’s high-tempo philosophy in the twilight of his career.

But, publicly at least, Ten Hag is adamant Ronaldo has a part to play in his plans.

“I think he can. In his whole career he did it under several managers, in several styles and systems. He always performed so why can’t he do this? His age is not an issue,” Ten Hag said after the Liverpool game.

“We have a squad and we have a way of playing, a style and a game plan. You look at what is the best approach to the game. Today it was those players, Saturday it could be different.”

In Ronaldo’s absence, United’s defiant attitude against Liverpool provided the template for the Ten Hag era.

New signing Casemiro, recruited from Real Madrid, epitomises that spirit and Ten Hag wants to see the same from Ronaldo.

“We were talking about leadership, today we had leadership on the pitch, he is one as well,” Ten Hag said of Casemiro.

“Ronaldo has it, so you need some and it is like guidance for young players who didn’t achieve the trophies.”

Pressed on Ronaldo and Maguire’s future, Ten Hag added: “I don’t have to mention Harry Maguire and Ronaldo, they are amazing players and they will play a role in the future, the short (term) future as well.

“It is always difficult (to leave them out) but I have decisions to make.”

Whether that olive branch is enough to stop the Ronaldo dilemma from derailing Ten Hag’s United revolution remains to be seen. 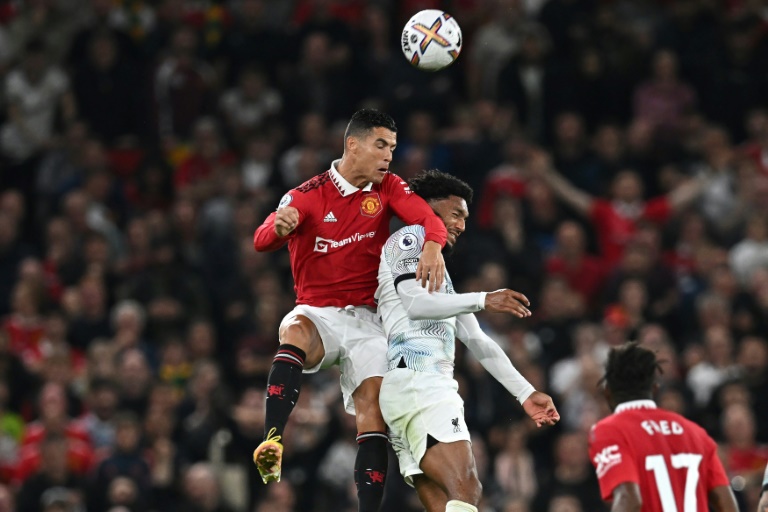