Three months ago Liverpool stood on the brink of an unprecedented quadruple of trophies. Three games

Three months ago Liverpool stood on the brink of an unprecedented quadruple of trophies. Three games into the new season, they are yet to win a game.

A 2-1 defeat at Old Trafford on Monday saw Jurgen Klopp’s men leapfrogged in the fledgling English Premier League table by a Manchester United side that had spent the past week being ridiculed for losing 4-0 at Brentford.

“It’s not the nicest thing to look at, that’s clear,” said Klopp on his side slipping to 16th after three games.

Of even more concern for the German is that there does not appear a quick fix for the issues that have caused such a slow start.

Nunez’s arrival from Benfica accounts for most of Liverpool’s spend in the transfer window and the decision not to refresh Klopp’s midfield options is a growing source of frustration among the Reds’ support.

Without Thiago and Keita, the 36-year-old James Milner and Harvey Elliott, 19, lined up either side of captain Jordan Henderson in midfield on Monday.

Klopp admitted before the game that it would be “cool” to have another midfield option.

That is not the only area of concern for Klopp.

Trent Alexander-Arnold’s defensive positioning is being increasingly targeted by the opposition.

Following on from Real Madrid’s winner in last season’s Champions League final and Fulham’s joy on the opening weekend of the season, an attack down Liverpool’s right was the source for United’s first goal.

Virgil van Dijk has also looked far from the world’s best centre-back in recent weeks and was on the receiving end of a telling off from Milner for his role in giving Jadon Sancho the space to slot home the opening goal.

Up front, the loss of Sadio Mane to Bayern Munich is hitting hard with Roberto Firmino looking a spent force as he deputised for Nunez.

They have now conceded first in their last seven Premier League games stretching back to the end of last season.

“In the warm-up it was the quietest I have heard this stadium and they wanted something to lift them and we gave them it.

“Two points from nine is not the start we wanted. We need to pick up our performances individually and collectively.

“It is easy to talk about it in the changing room but we have to go out and do it. We can’t keep conceding goals. They started better than us today. It needs to change.”

A first defeat in 31 games in domestic football stretching back to December is no time for panic.

But City and Liverpool have raised the bar in jousting for the title over the past five years with in excess of 90 points now normally needed to be crowned champions.

To reach those heights again, Klopp’s men have no time to waste in awakening from their early-season slumber. 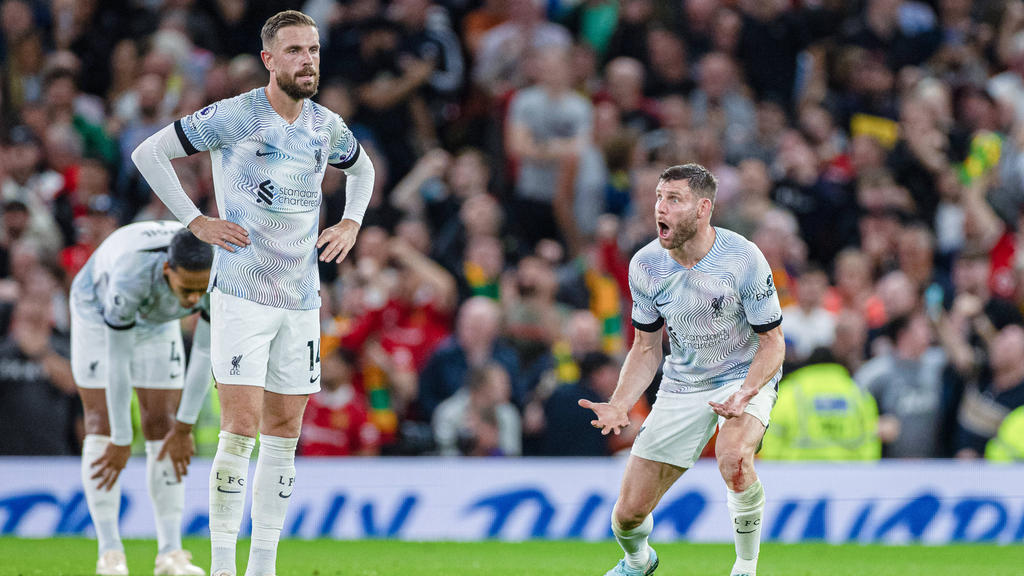